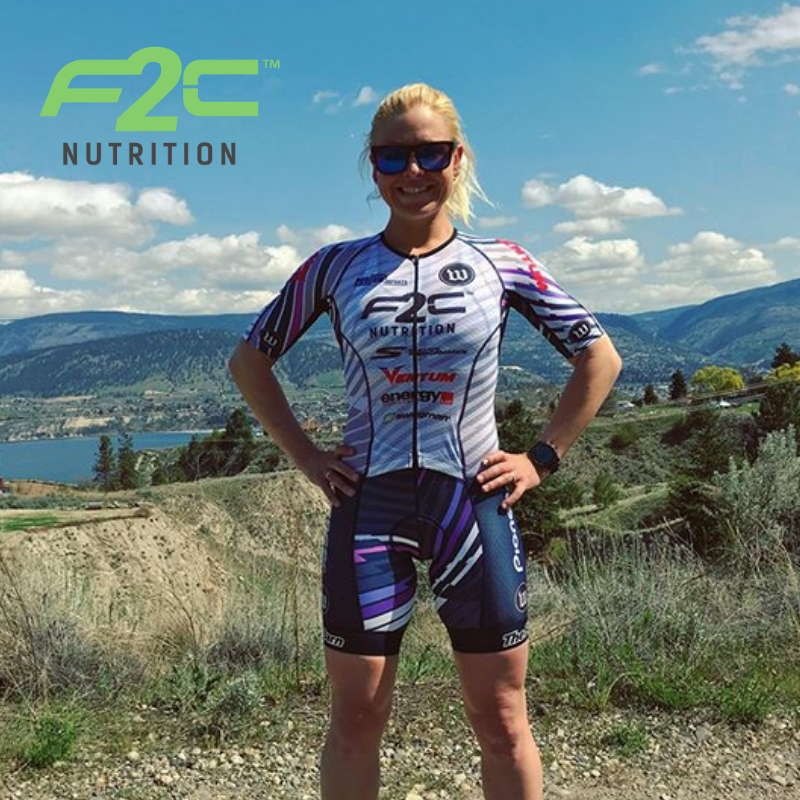 Moving to Penticton in 2005, Jen was inspired to compete in a triathlon after watching her first IRONMAN race and at that moment she knew she wanted to be a part of it all. Jen started racing Triathlon as an age grouper in 2008, completing her first IRONMAN and qualifying for the World Championships in Hawaii.

Despite being told by medical personnel in 2010 to give up triathlon due to an epilepsy diagnosis, Jen has always found a way to be strong and excel. Managing her diagnosis and continuing to race and train, Jen stands out as a role model to show people that they can overcome roadblocks, not just in sport, but in life as well.

After deciding to race as a pro in 2013, Jen has stepped on the podium every year including a 2nd and 3rd place finishes at IRONMAN Canada and 70.3 Victoria. A victory at 2016 Challenge Penticton and multiple podium finishes in 2017 and 2018, including a 2nd place finish at IRONMAN Lake Placid, setting consecutive bike course records at Ironman Arizona and finishing 3rd both years with sub 9 hour times.  Jen currently has the World Record IRONMAN Women’s Bike course in a time of 4:25:10.

“F2C Nutrition is happy to have Jen returning as an ambassador for the brand, we partner with athletes who share our ideals, ethics and ambition.  Inspiring us by her work ethic, determination and overcoming obstacles in her life,” says F2C Nutrition president and CEO Greg Cowan.

“Using F2C nutrition products both in training and day to day basis has allowed me to train harder, recover faster and get faster,” says Jen Annett. “This has shown in my results over the last two seasons as I have continually been able to better my times and hit the podium. Using these top quality products that are Informed Sport Certified, not only gives me peace of mind, but has also helped me to recover faster after races, making it possible to do more of what I love doing most….. racing!!!

Getting stronger every year, we are looking forward to supporting Jen this season and following her racing at IRONMAN 70.3 Victoria, IRONMAN Canada and IRONMAN Frankfurt.  We will be cheering Jen on as she kicks off her season at IRONMAN 70.3 St. George, this coming weekend.

Jen Annett is a Professional Triathlete, mainly focusing on the long course distance. Over the course of her career, she has had numerous podium finishes, bike course records and was champion of the 2016 ITU long course National Championships.  Based in Penticton, BC, Annett represents partners including Ventum, Wattie Inc., F2C Nutrition, Skechers Performance Canada, BlueSeventy, Pioneer, Zealios, EnergyLab, The Bike Barn, Podium Imports, Swagman, Okanoggin Barbers and Nuvista Chiropractic and Wellness. Annett was a late-comer to triathlon at the age of 23, racing as an age grouper from 2008-2012. She began racing professionally in 2013 after the birth of her son and pursued triathlon as a full-time career in 2015. Annett was also diagnosed with Epilepsy in 2010 and strives to use her story as an inspiration to others. To learn more about Jen, check out her website www.jenannett.com  and you can follow Jen on Instagram and Twitter.